By KirstenSeptember 14, 2022Commentary, Community Events, In the News
No Comments

This year’s conference titled, “Dementia Across the Lifespan”, was the first one held in person in 3 years and was simultaneously live streamed to a virtual audience.  The theme of the conference addressed different forms of dementia, contextualized by their typical age of onset.  As with previous years, the line-up of speakers was outstanding.

The day kicked off with a presentation from esteemed UC Irvine Professor of Pathology and UCI MIND faculty member, Dr. Elizabeth Head, who shared the importance of studying Alzheimer’s disease in people with Down syndrome.

Dr. Jessica Langbaum, Co-Director of the Alzheimer’s Prevention Initiative at Banner Alzheimer’s Institute presented results from the groundbreaking clinical trial in people with or at risk for a rare genetic form of Alzheimer’s disease.

After a break for lunch, Dr. Ahmad Sajjadi, UCI MIND faculty member and Associate Professor of Neurology and Pathology at UC Irvine, spoke on a newly described from of dementia an older age of onset called limbic-predominant age related TDP-43 encephalopathy (LATE), and Dr. Prashanthi Vemuri, Professor of Radiology from the Mayo Clinic, discussed how lifestyle factors may influence the unique constructs of resistance and resilience.

The day culminated with a moving Caregiver Panel, featuring caregivers and family member representatives for the differing conditions discuss through the day. Thirty-one sponsoring organizations who supported the conference were in attendance and approximately 350 people attended virtually or in-person.

Scroll through some photos captured by Steve Sholik: 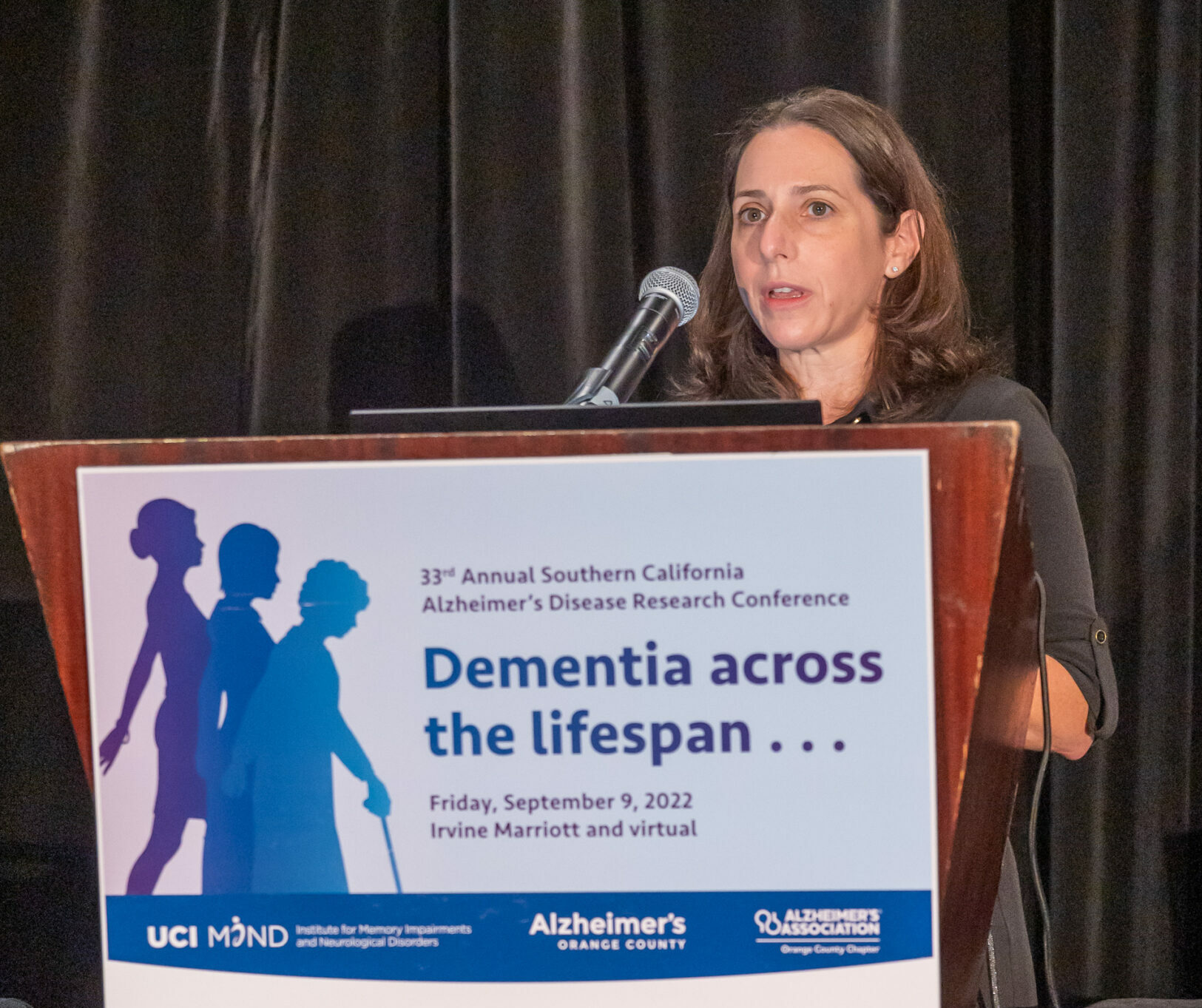 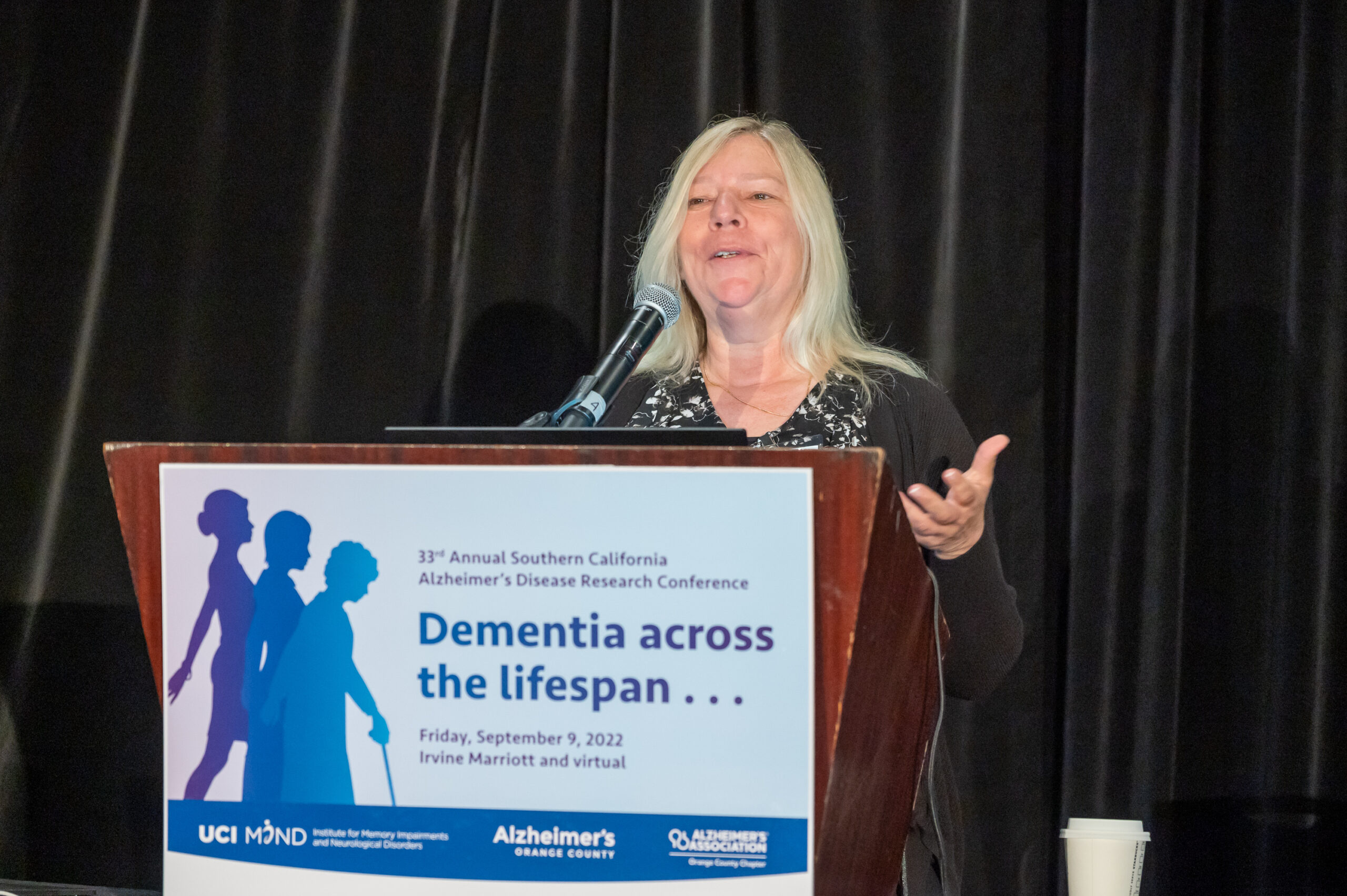 Elizabeth Head, PhD, speaking on Alzheimer’s disease in people with Down syndrome 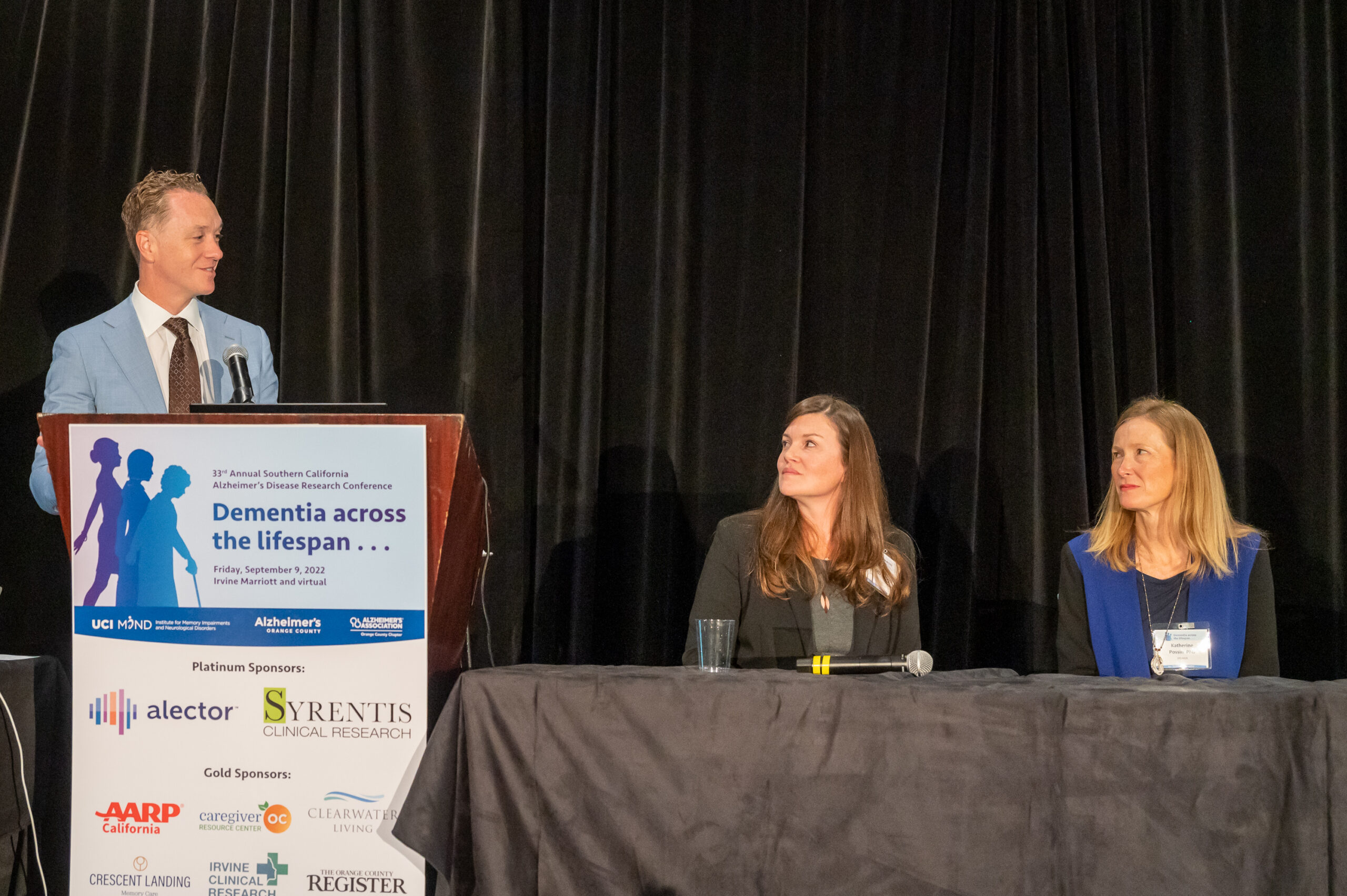 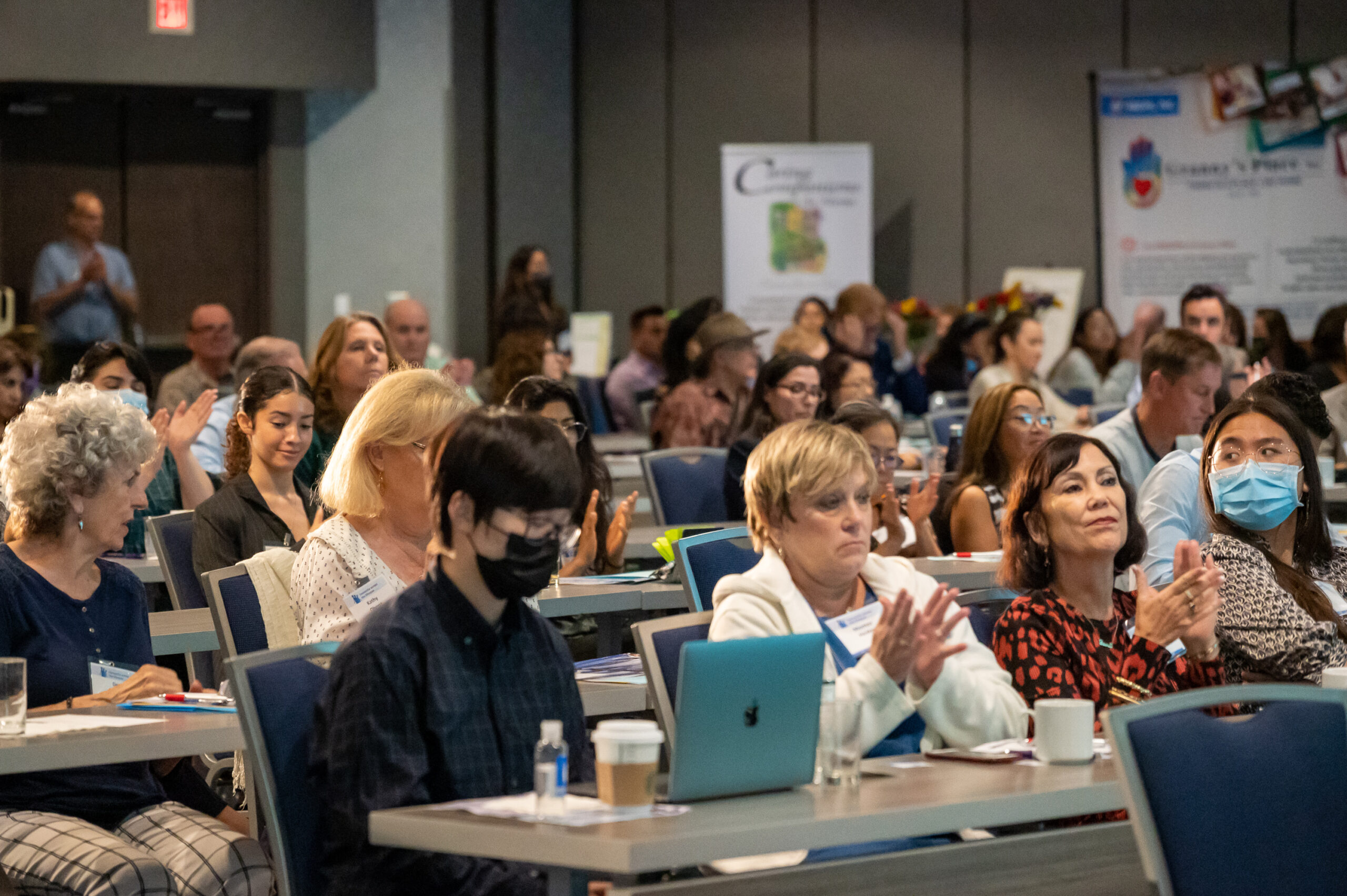 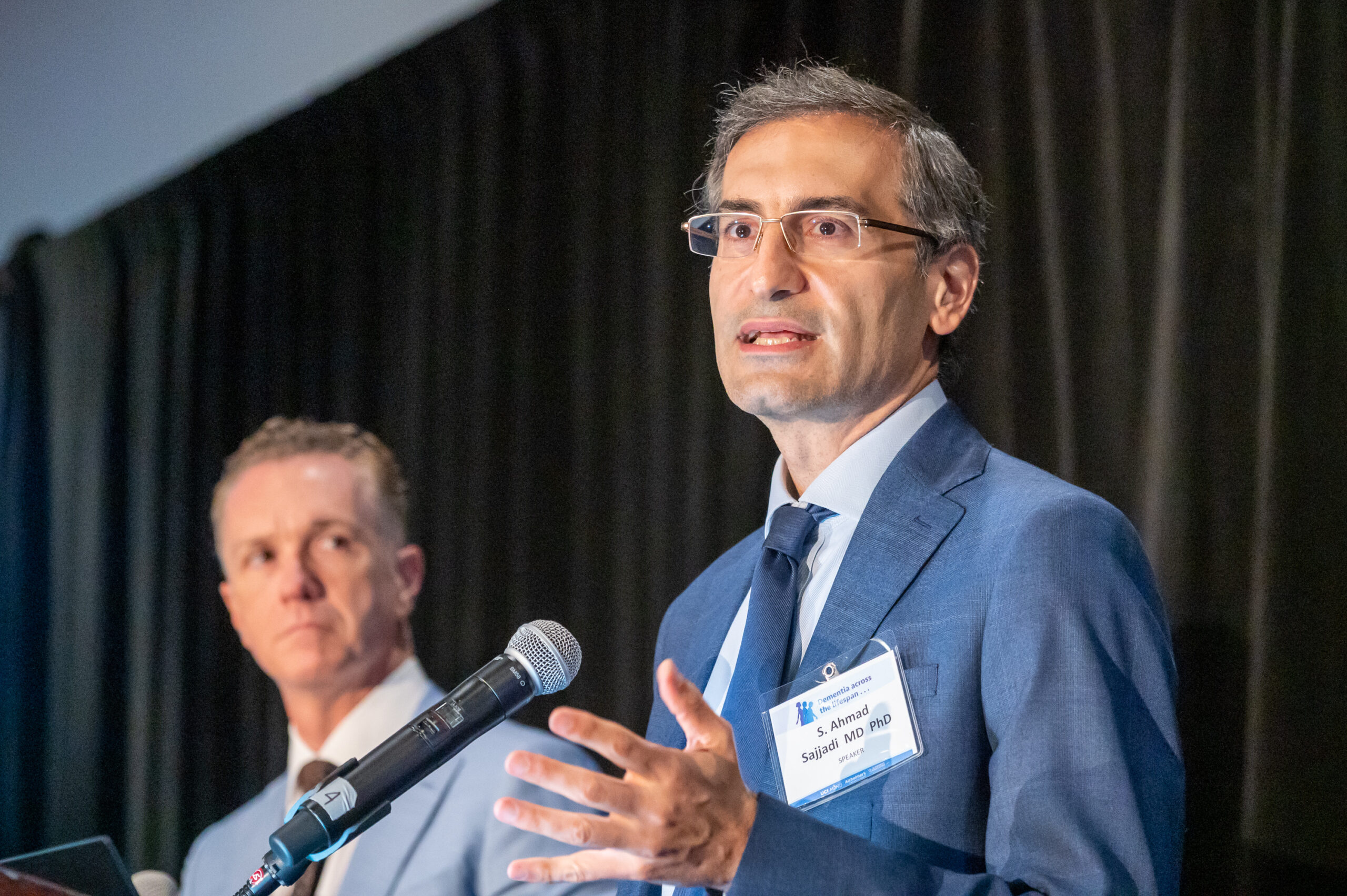 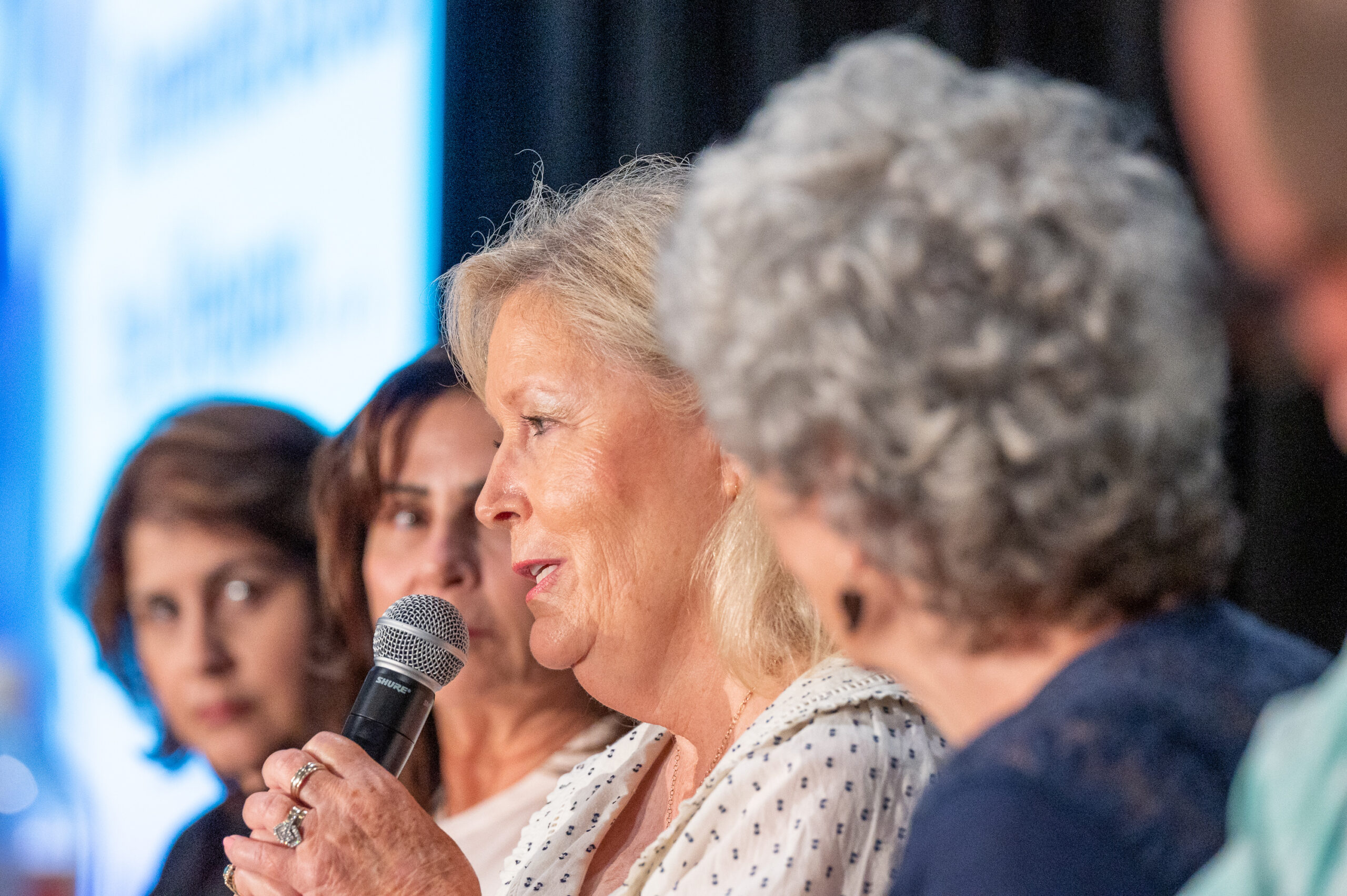 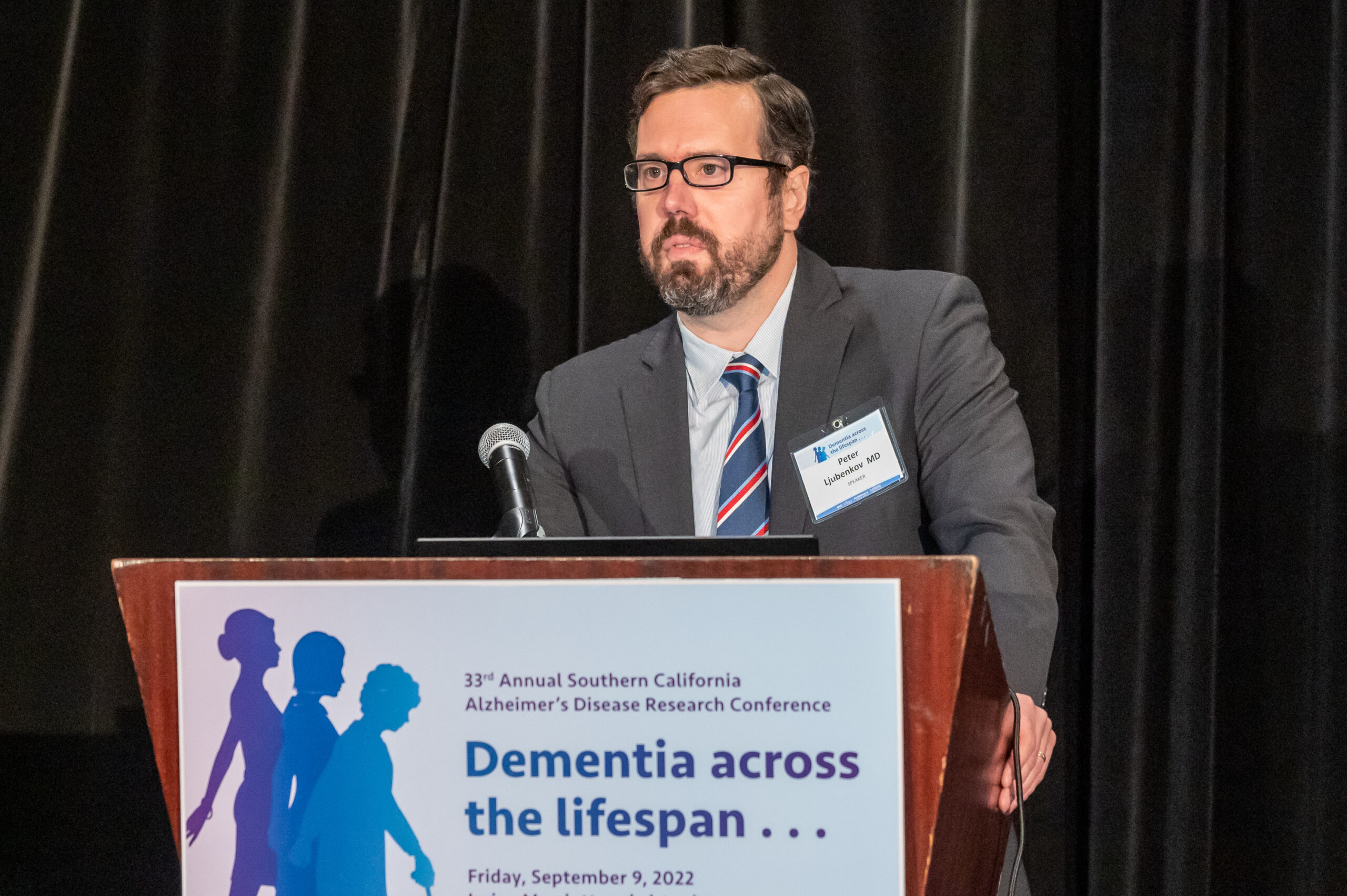 Peter Ljbenkov, MD presents on the latest advancements in treatments for frontotemporal dementia 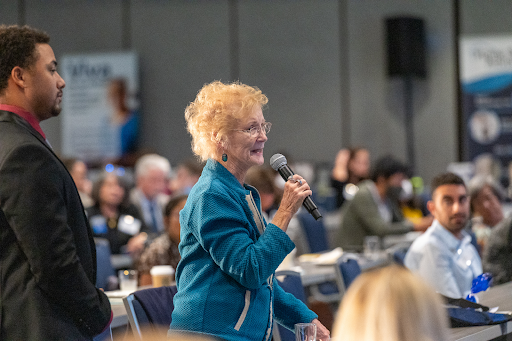 An audience member asking a question