By Mark Mapstone, PhDJuly 11, 2022Carousel Slider, Commentary, In the News
No Comments 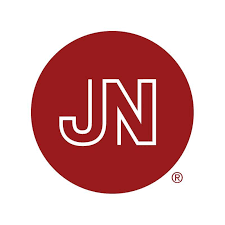 In this study, we wanted to know if we could measure these changes in blood and if these changes accurately reflect the changes happening in the brain.  We found that the blood levels of a less studied form of the tau protein (p-tau 217) was highly accurate in classifying the levels of tau, and also amyloid accumulation in the brain. The blood p-tau 217 measure was also linked to cognitive status.

We are very excited about these findings because a blood sample is much easier and less expensive to collect than a brain scan which is normally used to measure these proteins in the brain. We may be able to track p-tau217 blood levels over time in order to predict when someone with Down syndrome will develop the symptoms of Alzheimer’s disease. This will be important to families to plan and initiate a care program. We may also be able to use the blood levels of p-tau217 to broadly screen and select participants for clinical trials of new therapies to slow, stop, or prevent the accumulation of these proteins in the brain.

Much more work needs to be done on blood markers of Alzheimer’s disease, but at this time, we have no reason to believe that these findings in people with Down syndrome are not applicable to the neurotypical population.