By Joshua Grill, PhDSeptember 27, 2022Commentary, In the News
No Comments

Today, Eisai and Biogen announced that the topline results of their Phase 3 trial, known as CLARITY, were positive. 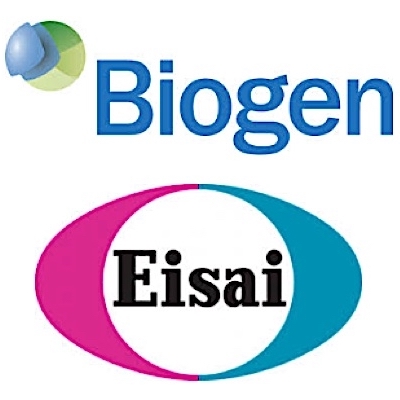 CLARITY was a placebo-controlled double-blind study of the monoclonal antibody against the amyloid beta protein lecanemab in patients with Mild Cognitive Impairment or mild dementia due to Alzheimer’s disease. Lecanemab has been shown previously to reduce amyloid burden in the brain of patients with symptomatic Alzheimer’s disease. According to today’s press release, lecanemab was effective in slowing decline measured with the Clinical Dementia Rating Scale (CDR), compared to placebo. This scale has been suggested by the US FDA as a potentially sufficient global outcome measure to demonstrate the clinical benefit of a new treatment for Alzheimer’s disease and the new data could position the drug to be approved in 2023. The results have been announced, but not yet presented (which will happen in November at the Clinical Trials in Alzheimer’s Disease conference) or peer reviewed. While some judgment must be reserved, the announcement is exciting. According to the press release, the benefit was observed not only on the primary global outcome (CDR), but also on all secondary outcomes, including specific measures of cognition (thinking) and function (ability to complete activities of daily living).

Overall, the drug also appears to have an acceptable safety profile, with a small proportion (~3%) of participants experiencing symptoms caused by amyloid-related imaging abnormalities in the brain (more patients experienced this side effect without noticeable symptoms). It will be important to learn more about these and other data, including the absolute differences on scores between the groups for the scales mentioned above (the press release emphasized relative differences) and the proportion of people who stayed on therapy and completed the trial. Other details such how potential unblinding due to side effects was handled and what if any effects were observed on downstream biomarkers will be key. Overall, however, this is potentially extremely good news in the effort to develop new therapies for Alzheimer’s disease.

Lecanemab is also being tested currently for its potential benefits even before symptoms due to Alzheimer’s disease begin in the AHEAD study, which is ongoing and open to enrollment at UCI MIND. The AHEAD study will, in people age 55-80 who are cognitively unimpaired but in whom an amyloid PET scan indicates that amyloid may be accumulating in the brain, assess whether lecanemab can delay or prevent the onset of symptoms in people who may be at increased risk.