By Joshua GrillNovember 21, 2022Carousel Slider, In the News
No Comments 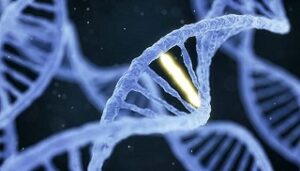 The actor Chris Hemsworth recently publicly disclosed that he learned that he carries two copies of the Alzheimer’s disease risk gene Apolipoprotein  (APOE) e4 (https://www.goodmorningamerica.com/culture/story/chris-hemsworth-discovers-risk-alzheimers-disease-series-limitless-93442609). We’ve previously discussed direct-to-consumer genetic testing that includes the option for APOE testing on the UCI MIND blog (https://mind.uci.edu/fda-approves-23andme-limited-direct-consumer-genetic-risk-testing/). APOE is the strongest known genetic risk factor for Alzheimer’s disease. People who carry one or two copies of the e4 allele are at increased risk for Alzheimer’s disease, while people who carry the e2 allele are at lower risk (most people carry two copies of the e3 allele). But people with e4 don’t always develop disease, and people with e2 aren’t necessarily protected; some can get disease.

Providing this type of information and other education, like what APOE genetic information means for family members, is a key aspect of the genetic counseling recommended before anyone undergo genetic testing, be it through direct-to-consumer outlets or under the care of a physician. One thing that stood out in the interview with Mr. Hemsworth was his mention that he really didn’t know what was being tested in the extensive work-up of blood laboratories and genetics he undertook as part of his new project to explore methods to enhance longevity. If true, this scenario is less than ideal. Though many people are interested in learning their APOE status and most can handle this information, even if they are determined to be e4 carriers; not everyone wants to know and—particularly if the information comes as a surprise—there is the risk that it could produce depression, anxiety, or other psychological distress. Education and counseling can help people be sure they want this information and to be prepared to receive it.

Another article in the Washington Post (https://www.washingtonpost.com/health/2022/11/17/alzheimers-blood-test-faq/) highlighted the recent availability of the first blood tests for Alzheimer’s disease. These are not genetic tests, but measures of proteins in the blood that have been determined to give reasonable estimates of what’s happening in the brain. More specifically, these blood tests measure the amount of amyloid in the blood and can be used to determine the probability that amyloid is built up in the brain. These tests may be valuable for clinicians trying to arrive at a diagnosis for people who have memory problems; helping to decide whether Alzheimer’s disease is the most probable cause.

These blood biomarker tests, and others that may become clinically available soon, may someday also be able to give information about a person’s risk for developing memory problems and Alzheimer’s disease in the future. For now, these tests are not for people without cognitive problems. They are, however, valuable tools in prevention research, where they may help identify the best candidates to participate in clinical trials of possible preventative therapies. If these trials are successful, blood tests could someday be used as an accessible screening to identify people who need preventative therapies.