Should people with Down syndrome demand coverage of Aduhelm for them?

By Elizabeth Head, Josh Grill, and Ira LottFebruary 24, 2022Commentary, In the News
No Comments 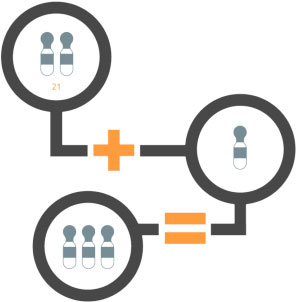 People with Down syndrome are at high risk for developing Alzheimer disease beginning after the age of 40 years.  This is due, in part, to the extra copy of chromosome 21, which contains the amyloid precursor protein gene and leads to higher production of beta-amyloid with age.  Indeed, there is evidence that the overproduction of amyloid in Down syndrome is a strong driver of Alzheimer disease, which is why treatments targeting beta-amyloid could be impactful for this group of adults.  In our current exciting times, which includes the first ever approval of an amyloid immunotherapy called aducanumab (Aduhelm), one would think that people with Down syndrome would benefit.