The problem with post-approval required studies

By Daniel Gillen, PhDJune 7, 2021Commentary, In the News, Participants
No Comments

Earlier today, the FDA granted approval of Biogen Inc’s aducanumab, to be sold under the brand name Aduhelm, to treat the underlying cause of AD.  As I wrote back in November of 2020, multiple issues in the clinical program for aducanumab make objective assessment of the clinical efficacy of the drug difficult. I was not alone as the FDA advisory committee also noted them.

The first obvious issue is that the two parallel Phase 3 trials, called studies 301 and 302, that this approval is based on were discrepant in their results. Generally speaking, FDA approval requires two independent confirmatory trials. This usually entails one being statistically significant and the other offering supportive evidence of efficacy that is in line with that of the first trial.  Studies 301 and 302 showed discrepant results and, when taken as a whole, did not show compelling evidence of efficacy on clinical endpoints. During the advisory committee meeting, the FDA asked the committee members to consider only study 302. This was viewed as inappropriate by many on the committee and I fully agree. One cannot simply pretend that the results of one study do not exist when trying to evaluate the scientific evidence for efficacy afforded by the other study. The two trials taken as a whole do not, in my opinion, meet the standard level of scientific and statistical evidence required for approval.

With their accelerated approval, the FDA has stated that “Although the Aduhelm data are complicated with respect to its clinical benefits, FDA has determined that there is substantial evidence that Aduhelm reduces amyloid beta plaques in the brain and that the reduction in these plaques is reasonably likely to predict important benefits to patients.” The implication of this statement is that they have chosen to make their decision largely based upon the impact seen on a biological surrogate endpoint, reduction in amyloid beta plaques in the brain.  While this is an accelerated approval it does, however, contradict the agency’s own guidance on the choice of endpoints in AD trials which correctly focuses on the need to demonstrate clinical benefit with respect to cognition and function.  An “ideal surrogate” endpoint is one that perfectly captures the mechanistic pathway leading from disease to clinical benefit.  In this scenario, showing a positive impact of intervention on the surrogate logically leads to a positive impact on clinical symptoms in patients.  The problem is that amyloid beta plaques have not been demonstrated to be an ideal surrogate and demonstrating changes in this outcome does not necessarily imply clinical benefit.

To address the lack of robust clinical evidence and the reliance on beta amyloid as a surrogate response, the FDA said Biogen must conduct a post-approval clinical trial to verify the drug’s clinical benefit, stating that “If the drug does not work as intended, we can take steps to remove it from the market.” This is, however, a deeply flawed approach.  Specifically, it will be extremely difficult to recruit patients to a placebo-controlled randomized clinical trial now that they have granted approval.  If such a study were able to fully recruit, there would be multiple questions around the equivalence of the patient populations between that trial and those that were conducted prior to approval. The end result is that we will likely still be left without clear answers regarding the clinical efficacy of Aduhelm.

We have seen the strategy of requiring a post-approval clinical trial in the setting of a disease with unmet need fail miserably before.  Most recently this occurred with Makena, a drug marketed to reduce comorbidities and mortality associated with pre-term birth.  I was a member of FDA’s advisory committee in 2010 when we advised against approval of Makena due to the fact that only surrogate benefit, and not true clinical benefit, had been established.  Despite our recommendation, FDA approved Makena in 2011, but required a post-approval clinical trial to verify the drug’s clinical benefit.  In 2019, I again served on FDA’s advisory committee to review the findings of this post-approval clinical trial. Clinical benefit was not established in this setting and the maker of Makena noted that the patient population was very different from the original trials, primarily due to the fact that Makena was already approved for use.  This made results from the trial uninterpretable and all parties agreed that another randomized clinical trial of Makena would be futile while the drug was still on the market.  I strongly advocated for the withdrawal of Makena from the market, noting that this would be the only way a valid clinical trial could be conducted so that we could actually come to an objective and confident answer. The FDA did ultimately propose to withdraw approval in October of 2020 and we still do not have an answer regarding Makena now more than 10 years since the first advisory committee.

We all want patients and families to have the best possible treatment options.  We must, however, provide them with well-informed choices.  The rigorous drug approval process appears to be unnecessarily slow to many.  But this rigor is there for a reason.  It is our job to demonstrate convincing evidence of efficacy with acceptable safety profiles for approved therapies.  Failure to do so means that we may be treating patients with ineffective or potentially harmful therapies.  In addition, it means that progress is often slowed with respect to other treatment alternatives.

Today’s ruling by FDA has far broader impacts than just for Aduhelm.  It opens the door for greater reliance on surrogate outcomes that may not yield clinical benefit when evaluating new AD therapies.  In addition, it will make future evaluation of AD therapies even more challenging.  Should Aduhelm be used as an active control for comparing future treatments to, despite questions around clinical benefit?  Should a placebo be used in future trials?  What are the ethical implications of randomizing to placebo with Aduhelm approved?  Would patients even enroll in a placebo controlled trial?   All of these implications arise from FDA’s decision to approve Aduhelm despite lingering questions regarding the drug’s clinical benefit. 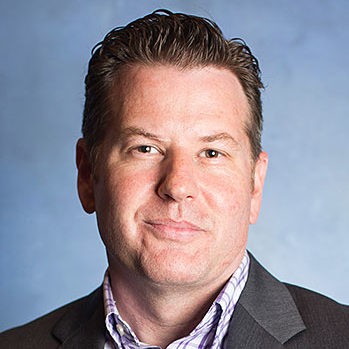 Dr. Gillen received his PhD in Biostatistics from the University of Washington and leads the Data Management and Statistics Core for UCI MIND’s NIH-designated Alzheimer’s Disease Research Center. He is a gifted trialist and widely recognized for his work in the design and analysis of clinical trials for Alzheimer’s disease and other health conditions. Dr. Gillen serves on numerous Data Safety and Monitoring Boards, evaluating the safety of ongoing clinical trials nationally and internationally, and he has participated on multiple FDA advisory panels that are instrumental in deciding which drugs get approved and which do not.